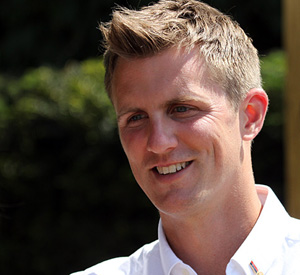 Hortus Loci expertise was sought by none other than the Matthew Keightley, designer of the Sentebale Garden, ably assisted by Their Royal Highnesses Prince Harry and Prince Charles. The Rich Brothers for Cloudy Bay, Gavin McWilliam and Andrew Wilson for Wellington College and Royal Bank of Canada by Matthew Wilson complete the quartet of Hortus Loci show gardens for 2015.

The Wellington College Garden is of particular interest to Mark Straver as he just happens to be an ‘Old Wellington! ooops Old Wellingtonian’. The 200th anniversary of the Battle of Waterloo will be commemorated by this garden, inspired by Wellington’s victory and his living legacy – Wellington College. Planting is ordered by squares of clipped beech through which the various uniforms and flags will be represented in flower colours. Pleached squares of beech – a native tree to the Waterloo area, partially enclose the garden and provide screening but also a sense of repetition found in the colonnades of the various Wellington College quadrangles.

The Rich Brothers have chosen an interesting and pretty colour palate of rust, rose and browns with more than 3.5K plants being grown specially for them! Matthew Wilson knows a thing or two about plants, after all he is the proprietor of London’s wonderful Clifton Nurseries so it’s especially gratifying that a fellow plantsman has chosen Hortus Loci to grow for his very first RHS Chelsea Flower Show show garden that will feature some large trees of Mediterranean origin such as olives, pomegranates and Quercus suber (Cork Oak).

The Sentebale Garden co-designed by the Princes and Matthew Keighley aims to bring Lesotho, the forgotten kingdom, to life through the ‘Hope in Vulnerability’ garden with a design that evokes the native landscape and celebrates the work of Sentebale. More than 6.5K plants are being grown for this garden by Hortus Loci.

Members of the public can get the ‘Chelsea Look’ as soon as the show opens on 19th May at Whitewater Plant Centre, the retail wing of Hortus Loci located on the same site. Whitewater will be selling all of the key plants from these four show gardens and much more besides.