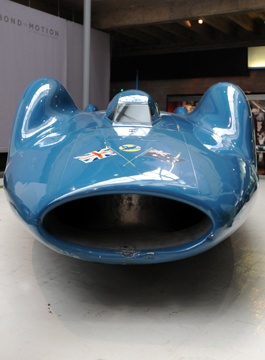 Beaulieu is home to the world famous National Motor Museum, a collection of over 250 automobiles charting the history of motoring. From World Land Speed Record Breakers including Campbell’s famous Bluebird to film favourites such as Ron Weasley’s ‘Flying’ Ford Anglia from Harry Potter and the Chamber of Secrets, there’s plenty of variety.

Beaulieu also houses World of Top Gear featuring vehicles from some of the TV show’s most ambitious challenges.

Jack Tucker’s Garage is a replica 1930s garage within the Museum showing genuine fixtures, fittings, tools and more. Stepn inside to take a step back in time.

Bond in Motion is a featured exhibition and the world’s largest official collection of original James Bond vehicles. The show was extended due to popular demand but it won’t be there forever. Bond fans should make the most of it whilst it is there.

Beaulieu isn’t all about cars though. It’s easy to get around to see the rest of the attractions using their famous mile long monorail, set high above the grounds. It even takes you through the motor museum which gives a new perspective. 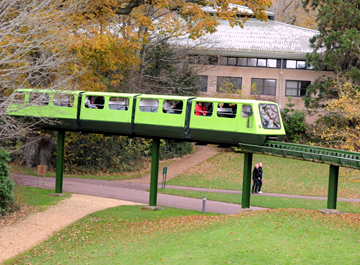 The Palace House has been home to the Montagu family since 1538. It used to be the 13th century Great Gatehouse of Beaulieu Abbey but it was bought by Sir Thomas Wriothesley, later 1st Earl of Southampton, after the Dissolution of the Monasteries. It has beautiful gardens with immaculate lawns and views over the Beaulieu River. Inside, there are plenty of Montague family treasures, portraits, photographs and memorabilia to see.

The historic Abbey was founded in 1204 by Cistercian Monks on land given to them by King John. It was originally called Bellus Locus Regis – the beautiful place of the King. Much of Beaulieu Abbey has been lost but you can see displays explaining monastic life at that time and you can walk through the Cloisters and Herb garden that the monks used to grow medicinal and culinary plants.